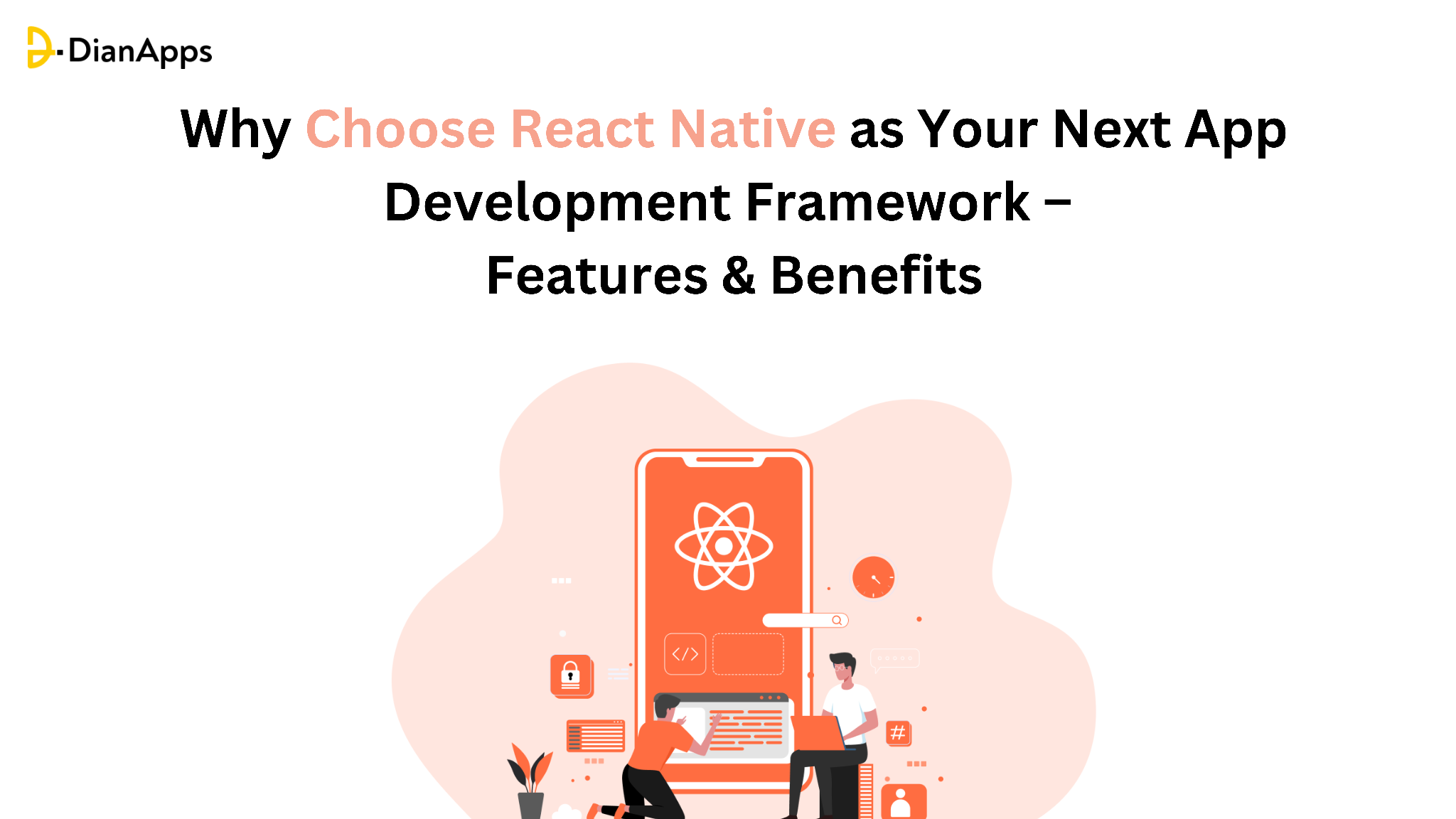 We all are well aware of how React Native has been ruling the tech industry since the day of its release. 2015 was a huge turning point for developers around the corner as they were introduced with Facebook’s initializing cross-platform app development framework–React Native.

In case you own a business that needs to develop an online presence, the use of mobile app development services can be the best option for product scalability and better ROI opportunities. To add more, the framework is compatible with both iOS and Android platforms.

Let’s know the fundamentals of React Native app development and find out why it is an ideal framework for your app development by comprehensively understanding its features and benefits significantly.

React Native is a well-known open-source framework for developing a wide range of natively-rendered mobile apps simultaneously for iOS and Android apps. JavaScript can be used to create native cross-platform mobile apps, which makes React Native one of the most popular frameworks for app development. The majority of company owners have difficulty deciding which language to use for the creation of their websites or mobile applications.

It’s critical to examine some of the main elements, such as market demands, strategy, budget, etc., before selecting the appropriate framework. Due to its many advantages, including its speedy development, affordable cost, cross-platform compatibility, and economic development method, React Native app development services may be a viable choice. Always keep in mind the value of scalability and connectivity with other languages when picking a language for your app development; React Native offers these features.

If you’re still not sure why major companies and startups alike choose React Native for their business development requirements, we’ll cover all the reasons in the next section.

React Native is a preferred option for the creation of apps only for large enterprises, despite the fact that it is highly popular among developers working for startups. The best feature of this framework is the availability of cross-platform native apps, which combine the advantages of hybrid and native apps. Before hiring a React Native app development company, consider the following top reasons why you should use the React Native framework for your upcoming app development project:

Saving money, which is ultimately the most important component for any business owners, especially those who are just starting out, is one of the key benefits of utilising React Native. React Native is the way to go if you want high-quality software at a lesser price since it allows developers to create code once for both platforms, which saves time and lowers expenses & efforts.

React Native apps are the ideal choice when it comes to delivering a consistent experience across several platforms since customers nowadays don’t have time for subpar user experiences. React Native mobile development provides everything you need, whether you want a quick loading time, a hassle-free experience, or mobile responsiveness on every device. Using React Native App for your business won’t let down your customers.

React Native app developers can assist in generating apps more quickly than those that use other programming languages, which is particularly beneficial for startups and businesses searching for a speedy development solution. Due to the early introduction of your app, company owners have plenty of time to market it and add any features needed to satisfy changing client needs.

React Native’s cross-platform app development compatibility, which enables us to create native apps for both the iOS and Android platforms, is another crucial feature. With the assistance of a large developer community, even a novice can create React Native apps with ease.

Even after fully comprehending the client’s needs, developers frequently overlook something, which is why regular updates are necessary throughout the development process. When utilising the React Native framework, developers find it simple to communicate with clients and monitor changes in real time.

6.    Native components that are reusable

Reusable code, which allows for a single update to be made on both platforms with ease, is one of the main advantages of adopting React Native. This doesn’t make the codebase’s bug-detection functionality any easier to comprehend for mobile app developers or provide the team more freedom.

The React Native-based applications are of a very high calibre. React Native is popular due to its expedited method of developing mobile apps and flexibility in code sharing.

Because of React Native’s simplicity and scalability, the majority of app development businesses are making the transition. We can answer your question regarding what makes this web development framework so wonderful.

No separate code for Swift for iOS, Java for Android, or C for Windows has to be written. React Native is sometimes referred to as a native framework because of this. Any code created here may be utilised across several platforms. Because of this, using React Native for a hybrid project is wise.

Designing the User Interface (UI) of the app is one of the most worrying aspects of developing a mobile app. Because this framework places a lot of emphasis on UI design, React Native is a popular choice.

React Native offers excellent rendering capabilities and is extremely responsive. The international development community likes this paradigm because of this.

The greatest answer for decision-making aspects such as programming language and its flexibility is to hire the top react native developers in the USA, which will simplify the entire development process.

The developers are already drawn to a web app development framework if it employs a well-known, widely utilized programming language.

One of the fundamental languages is JavaScript, which is readily understood by all developers, whether they are novices or seasoned experts.

Therefore, it is really not a huge issue to learn and use React Native in practice.

Every developer would concur that installing software is a tiresome and monotonous task. You may, however, get beyond this difficulty using React Native.

The installation of React Native is sped up by the usage of NPM (Node Package Manager). In fact, you may utilise this framework without having any prior experience of React Native provided you have a basic understanding of NPM commands.

NPM can help you with React Native just as it does with Node.js Packages.

For the creation of any mobile app, accessibility is equally crucial. React Native has a considerably more robust accessibility API than many others. Developers may get some fantastic advantages, including action support, with the help of these React Native features.

One may choose reduction motion, correct access to Android keywords, CALayer for drawing texts, and other options using the accessibility feature.

In the instance of React Native 0.60, migration from React Native to AndroidX has occurred. As a result, any app you create with React Native development  may operate well on AndroidX. This React Native feature will undoubtedly change the game.

Within React Native, there is a functionality called auto-linked native modules. A recent upgrade makes the process of developing apps easier.

This specific functionality was merely improved by taking the app developers into consideration.

This functionality may be the greatest option if you’re seeking for methods to tie React Native to an iOS project. It enables you to use flexibility and dynamism in the same way.

The early releases of React Native do not include it.

You must now see that React Native is a wise choice if you want to create apps faster and for less money. The only thing that counts most, especially if your firm is just starting out, is development, thus finding a dependable solution is essential without going over budget. With more than a decade of experience in creating various apps using the React Native framework, DianApps is renowned for having a team of top react native developers in the US that have assisted numerous customers all over the world in realising their full potential.

Get in contact with our professionals if you’re going to use a trustworthy cross-platform development methodology to transform your ideas into a successful mobile app so you can take advantage of React Native mobile app development services and significantly lower the cost of development.